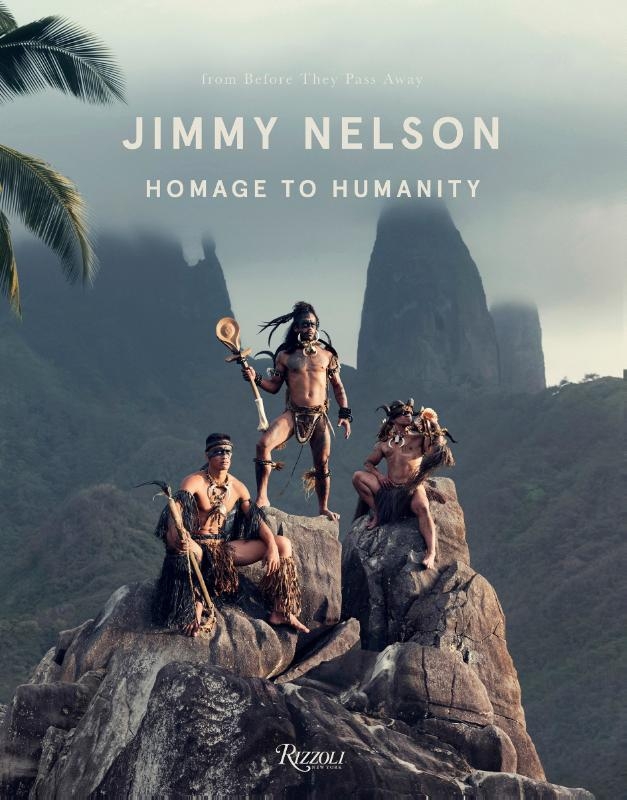 Jimmy Nelson, renowned photographer and international best-selling author of&#160;Before They Pass Away, captures the essence of another 34 iconic communities and cultures in his new book HOMAGE To HUMANITY ranging from Asia, Africa, Mexico, to Australia and India.

'since his first internationally acclaimed exploration through Tibet over 30 years ago, Jimmy Nelson has traveled to the world&amprsquos most hidden corners to photograph indigenous peoples. In 2013 he published his first book, Before They Pass Away&ampmdashwhich sold over 180,000 copies worldwide&ampmdashfulfilling his lifelong dream to create awareness about the world&amprsquos unimaginable diversity. With his new book, Nelson presents an all-immersive experience that invites you on extraordinary journeys to India, 'south 'sudan, China, French Polynesia, Chad, Bhutan, Mongolia, Angola, Namibia, Papua New Guinea, Vanuatu, Mexico, 'siberia, Peru, and Australia, &#160;capturing an artistic record of the proud and still lasting extraordinary indigenous cultures of our planet today.

Coupled with Nelson&amprsquos iconic photography, the book contains personal interviews with the portrayed individuals, compelling travel stories, infographics, and a mobile app allowing for a more in-depth look into where and how these people live. Every image in the book will be scannable, leading to additional content ranging from quotes to music, audio files, and 360&ampdeg films.

HOMAGE To HUMANITY is not only an adventure, but a catalyst for ethnographic discussions on the lasting values and importance of these precious cultures and the pageantry of ancient traditions. The images are fascinating and are transcendent in the face of encroaching modernity. At the junction between Western civilization and those portrayed, we are forced to question and search beyond our familiar frames of reference towards a deeper understanding of humanity.

This unique volume&ampmdashtruly an invaluable time capsule of the last surviving indigenous cultures&ampmdashis an essential for everyone, wherever you come from, whatever your age, as this book represents all human beings. Nelson's camera captures minute details, vivid color, and dramatic light to produce awe-inspiring portraits of community members :from head-on shots; to visual narratives providing an aesthetic insight into quotidian life, rituals, and rites of passage; and striking pictures of marvelous and sometimes harsh landscapes.