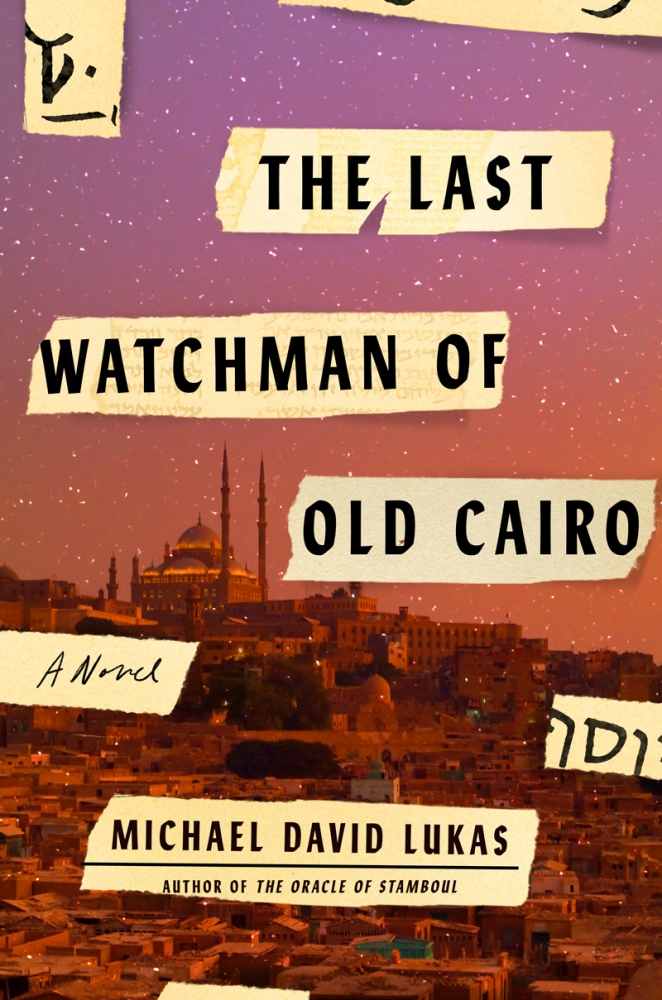 In this spellbinding novel, a young man journeys from California to Cairo to unravel centuries-old family secrets.

Joseph, a literature student at Berkeley, is the son of a Jewish mother and a Muslim father. One day, a mysterious package arrives on his doorstep, pulling him into a mesmerizing adventure to uncover the tangled history that binds the two sides of his family. For generations, the men of the al-Raqb family have served as watchmen of the storied Ibn Ezra 'synagogue in Old Cairo, built at the site where the infant Moses was taken from the Nile. Joseph learns of his ancestor Ali, a Muslim orphan who nearly a thousand years earlier was entrusted as the first watchman of the synagogue and became enchanted by its legendary&ampmdashperhaps magical&ampmdashEzra 'scroll.

The story of Joseph&amprsquos family is entwined with that of the British twin sisters Agnes and Margaret, who in 1897 depart their hallowed Cambridge halls on a mission to rescue sacred texts that have begun to disappear from the synagogue.

The Last Watchman of Old Cairo is a moving page-turner of a novel from acclaimed storyteller Michael David Lukas. This tightly woven multigenerational tale illuminates the tensions that have torn communities apart and the unlikely forces&ampmdashpotent magic, forbidden love&ampmdashthat boldly attempt to bridge that divide.

Advance praise for The Last Watchman of Old Cairo

&ampldquoA beautiful, richly textured novel, ambitious and delicately crafted, The Last Watchman of Old Cairo is both a coming-of-age story and a family history, a wide-ranging book about fathers and sons, religion, magic, love, and the essence of storytelling. This book is a joy.&amprdquo&ampmdashRabih Alameddine, author of the National Book Award finalist An Unnecessary Womanb>&#160;

&ampldquoMichael David Lukas has given us an elegiac novel of Cairo&ampmdashOld Cairo and modern Cairo&ampmdashwith a bit of Berkeley thrown in. His prose is deeply evocative, and a sense of mystery and profound tristesse pervade this unusual narrative, which tells the story of a young California man on a quest to understand a puzzling gift left for him by his late father, the descendant of generations of watchmen at the venerable Ben Ezra synagogue in the depths of Old Cairo. The novel is enhanced by Lukas&amprsquo impressive historical research on the Geniza and the colorful characters involved in rescuing its treasure trove of documents.

But his greatest flair is in capturing the essence of that beautiful, haunted, shabby, beleaguered, yet still utterly sublime Middle Eastern city.&amprdquo&ampmdashLucette Lagnado, author of The Man in the White 'sharkskin 'suit and The Arrogant Years