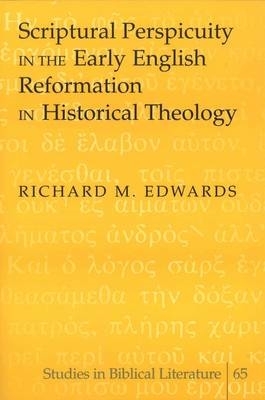 A consistent, indigenous English doctrine of scriptural perspicuity correlates with a commitment to the availability of the vernacular scriptures in English and supports the English roots of the Early English Reformation (EER). Although political events and figures dominate the EER, its religious component springing from John Wyclif and streaming throughout the tradition must be recognized more widely. This book critically surveys the doctrine of scriptural perspicuity from the beginning of the Church in the first century (noted as early as John Chrysostom) through the seventeenth century, examining its impact on the current debates concerning competing hermeneutical systems, reader response hermeneutics, and the debates in conservative American Presbyterianism and Reformed theology on subscription to the Westminster Confession of Faith, the length of «creation days», and other issues.