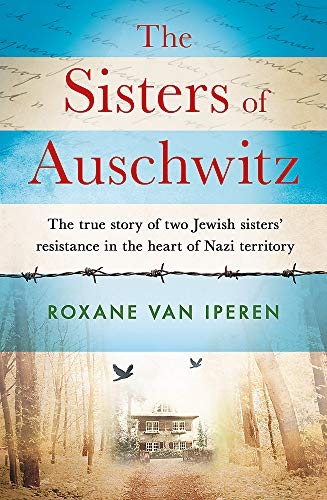 WINNER of the Opzij Literature Prize 2019!

During the Second World War two Jewish sisters - Janny and Lien Brilleslijper - run one of the largest hideaways in The Netherlands: The High Nest, a villa in The Gooi area. While the last remaining Jews are being hunted in The Netherlands, the lives of dozens of hideaways kept going for better or for worse, right under the noses of their National Socialist neighbours. Eventually, the nest is exposed and the Brilleslijper family put on one of the last transports to Auschwitz, along with the (Anne) Frank family.

Roxane's novelistic eye combined with her rigorous research result in a hugely compelling portrayal of courage, treason and human resilience. THE HIGH NEST is a truly unforgettable book.

After Roxane and her family moved into The High Nest in 2012 she spent six years writing and piecing together its story. Fundamental elements of Roxane's research into The High Nest are the personal, unpublished memoirs Janny Brilleslijper wrote for their close friends and family members. Roxane gained access to historic interviews with Janny, Lien, Eberhard and others, as well as many personal conversations with Janny and Lien's children. The book will contain many photographs from the Brilleslijper family archive.